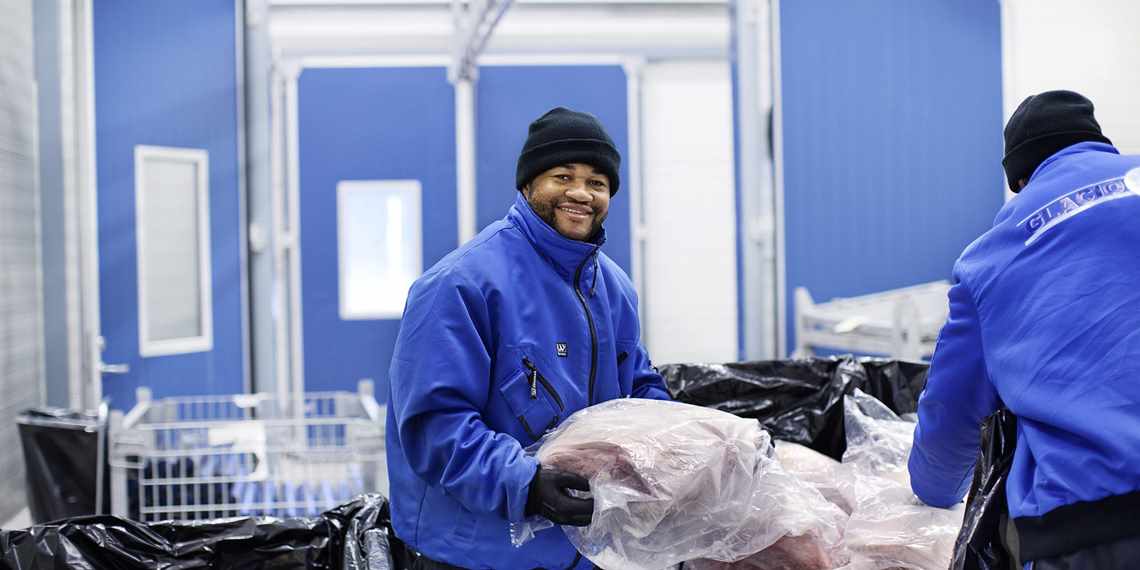 Establishment in 1991
K&S Thermotransport is a company with a long history of shipping temperature-controlled goods in Eastern Norway. The company was established as a limited company by Ole Henrik Karlsen and Thor Syverstad back in 1991. For many years, the company was the sole distributor of Gilde's products for the grocery and institutional catering sectors in the counties of Østfold, Akershus and Oslo. From 1997, the company was wholly owned by Ole Henrik Karlsen, and eventually his sons Thomas and Espen became joint owners and active on the company's board. Espen took over as Managing Director of KS Thermotransport in 2002, and Thomas joined the business in 2006.

Establishment of coldstore to provide a better service
The company's founders were already established food hauliers, and saw an opportunity to establish a provider of coldstore services with a strong focus on offering its clients a better service and more flexibility than was available on the market at the time. Together with Erik Hauge, Vidar Aurang and a group of local investors, Ole Henrik and Espen Glacio set up a new company by the name of Rudskogen Fryseterminal AS in Rakkestad in 2003. The company began operating in the summer of 2004 with two employees. Espen was Managing Director and Christian Solberg, the current Managing Director at Glacio Rakkestad, was Operations Manager.

Glacio offered freezing and thawing in air-blast tunnel freezers, in addition to coldstore services, ever since it was founded in 2004. Glacio soon acquired an excellent reputation in the market, and demand for the company's services grew rapidly. By 2007, the company already needed to carry out its first expansion in Rakkestad.

Major developments have since been carried out at both Glacio Rakkestad and Glacio Fredrikstad, and the company eventually became one of Norway's largest and leading third party providers of warehouse and shipping services for frozen and chilled products.

New owners in 2019 - further continuity of management
In 2019, the majority of shareholders sold their shares in Glacio to Arcus Infrastructure Partners (Arcus). Arcus is an independent fund company which exclusively carries out long-term investments in European infrastructure. Glacio also acquired all shares in the haulage company K&S Termotransport AS, and the company was renamed Glacio Transport AS in June 2020.

The key people behind the founding and operation of the companies are still actively involved in the operation and management of the companies. Christian Solberg is Managing Director of Glacio Rakkestad, Thomas Karlsen is Managing Director of Glacio Fredrikstad, and Espen Karlsen is CEO of the parent company, Glacio Cold Chain Logistics Partners AS.