After Nortura signed a new long-term contract with Glacio Rakkestad in 2019, an expansion of the warehouse is now well under way. 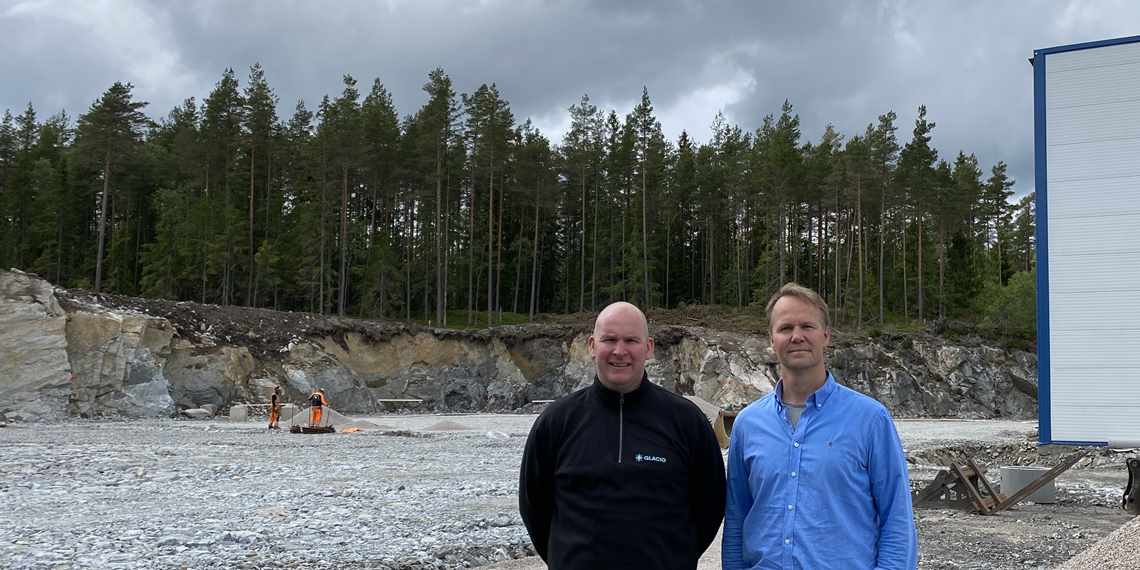 After Nortura signed a new long-term contract with Glacio Rakkestad in 2019, an expansion of the warehouse is now well under way. The new warehouse will boost capacity by 14,400 pallets, bringing the total capacity to 37,000 pallets. The goal is for the first pallets to be placed in the racks on 22 November of this year.

14,400 new pallet spaces
Seven years after the last expansion, we need more space again," says Christian Solberg, Manging Director of Glacio Rakkestad. “We have been forced to turn down customers during the high season in recent years because we have just not had enough capacity. Nortura’s decision to extend its long-term contract provided us with the solid foundations we needed to expand. With 14,400 new pallet spaces, I look forward to offering plenty of space to both existing and new customers.

Ready in November
The groundwork has already been completed and a contract has been signed with Metacon, who will be responsible for the construction work involved in the 2,500 square metre extension. Metacon will commence the construction work in June and will work through to October when the racks and refrigeration systems are installed. The Glacio Group’s CEO, Espen S. Karlsen, is leading the construction project in Rakkestad. "Construction is exciting and challenging, but we have already expanded on seven separate occasions since the beginning in 2003, so we have plenty of experience to draw on. This is the fifth time we have expanded in Glacio Rakkestad, while there have been three stages of expansion at the facility in Fredrikstad," says Karlsen. “What is new this time round is that we are expanding upwards. The new section will be 15 metres high, a metre or two taller than the existing building. This will enable us to make better use of the plot and give us space for more pallets," adds Karlsen, pointing to the plot where the building will soon be erected.

Energy efficiency improvements
Karlsen says that not only is the building being extended, many of the refrigeration systems throughout the buildings will also be replaced. “We use a lot of electricity and are now taking a number of steps to improve our energy efficiency. The most important step we are taking is to replace today's piston compressors in the refrigeration system with new, more efficient machines. This will also significantly reduce the energy consumption of the existing systems. As we are also building higher, the overall effect will be a major improvement. We will increase the number of pallet spaces by 50%, but without any resultant increase in energy consumption. Calculations indicate that we will save 15-20% compared with if we had carried on using the existing refrigeration system. Even though we use hydropower, this will still have a positive effect on the environment because we know that the power market is international. This means that our energy efficiency will contribute to a better energy mix elsewhere," says Karlsen

More space on the plot
"It's fun to build, but the best thing is knowing that we will be able to provide a much better service to our customers once we have finished," says Solberg. With 37,000 pallet places and three air-blast tunnel freezers with a total freezing capacity of 90 tonnes per day, Glacio Rakkestad will become the largest independent coldstore facility in Norway. Nevertheless, there is still room for more," says Solberg says, pointing to another part of the plot where two further stages of development have already been pencilled in.