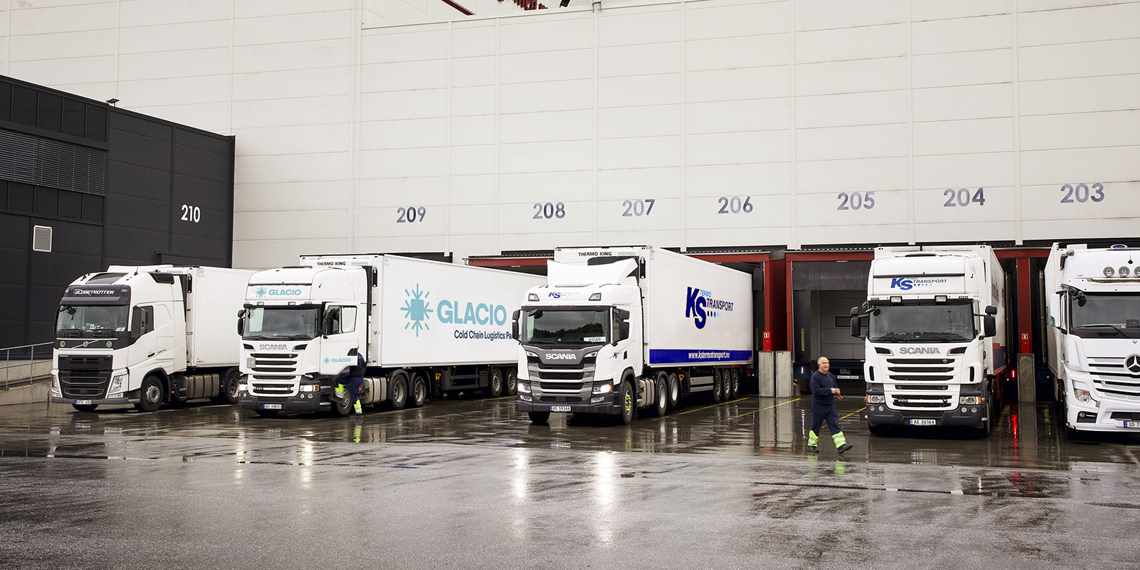 “The change of name reflects the fact that we now have new owners and have brought all the companies together under a single group,” says Espen S. Karlsen, CEO of the Glacio Group following the change of ownership.

"In particular, a common profile will make it clearer to customers that we belong together and that we are able to deliver an unbroken cold chain from A to Z," adds Karlsen, who was the sole owner of K&S Thermotransport until October 2019, when Arcus Infrastructure Partner acquired the majority of the shares in the Glacio Group.  “Following the change of name, the Glacio Group will consist of two large coldstores in Eastern Norway, Glacio Fredrikstad and Glacio Rakkestad, along with Glacio Transport. Through this development, we are demonstrating our ambition to be seen as the leading partner within cold chain logistics.

Stig Myrholm took over the role of Managing Director of K&S Thermotransport last autumn, and he says that, other than the new design and clearer affiliation, customers will not notice anything different following the name change. “We will still be the best as regards quality and offer high-quality customer service at the right price. We are after all the same people as before, as regards both the drivers and staff in the administration department.

- We are planning to build on a broad front